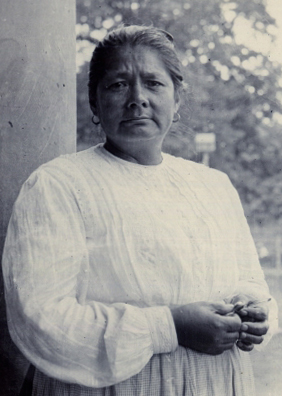 That’s a tough assignment. The old Choctaw Nation was definitely a man’s world filled with our nation’s leaders and statesmen, magnificent orators, and courageous lawmen. Women raised the future leaders of our nation but didn’t spend much time in the limelight.

Then there were the women that did more than just raise their families. These women worked in true partnership with their husbands. One woman in particular that fits this description perfectly is Eliza Kaneubbe Bacon (1857-1922), wife of Rev. Silas Bacon, devoted superintendent of the Goodland Indian Orphanage for twenty years. Rev. Bacon served in that capacity from 1898 to 1921, following the esteemed Wilson Jones, first superintendent appointed 1894.   The Bacons were a childless couple, lavishing all their love and resources on the orphans at Goodland, earning their undying appreciation.

Some people may say you have nothing; others say you are rich beyond measure. A poet  named John Lennon once wrote: “And in the end, the love you take is equal to the love you make.” Eliza could well have been his inspiration. Her eulogy is preserved on her tombstone at the Goodland Cemetery for all to witness:

His devoted consecrated wife, a faithful helpmate to her husband in all his Christian work among the Indians. During the Superintendancy of the Orphanage both freely gave their time and talents, impoverishing themselves for the needy orphans of their race. Blessed are the dead who die in the Lord and their works do follow them.

The proud history of the Goodland Mission and School can be read between the lines in this brief description from the school’s website:

The Goodland Mission Station was started in 1835 with permanent missionary station status being granted in 1848. In 1850 the first school was started by Presbyterian missionaries Rev. and Mrs. Oliver Porter Stark. It was primarily a day school for approximately 40 boys and girls.. In 1894 the Goodland Mission became a part of the Presbyterian Church, U.S. and the first dormitory was built for the Goodland Indian Orphanage. In 1920 the campus was composed of 75 acres. In 1923 control was transferred to the Synod of Oklahoma, and in 1930 the Goodland Public school merged with the Goodland Indian Orphanage for a total of 250 students in the school. By 1940 the organization was comprised of 763 acres of land , 390 which are considered part of the campus. In 1981 the Board decided to change the mission of the boarding school and admit only boys from troubled families. Most of the boys will remain at the Goodland School through high school graduation. Goodland is the last remaining mission started by the missionaries who came to Indian Territory with the Choctaws. 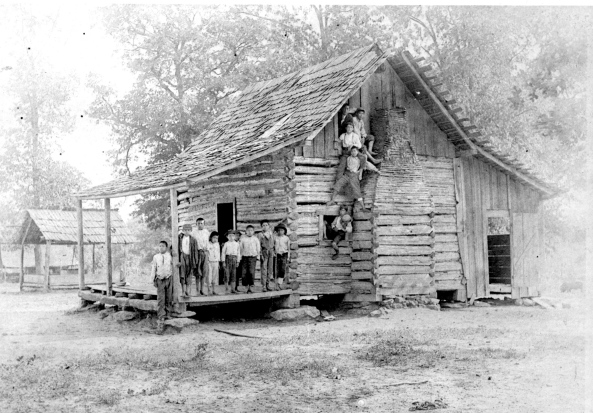 Pictured:  One of the first dormitory cabins built at Yakni Achukma (Good Land).

The next series of blogs will feature the first ladies of the Choctaw Nation, starting in the year 1857, when, for the first time, the entire Choctaw lands in the Indian Territory were governed by one principal chief. See you soon.

***Much GRATITUDE for spending time on a Choctaw Journey with me.***

2 thoughts on “Today’s Challenge: Name a Choctaw woman born before 1900 that is not a relative?”

CHOCTAW JOURNEYS INTO THE PAST:

A blog about the long Red Road our Choctaw ancestors walked in the days of the Indian Territory. In those days great struggles were faced by our people and great accomplishments achieved. Read and remember with me the lives of our ancestors and why we say with pride, “Chahta Sia”…”I am Choctaw.” 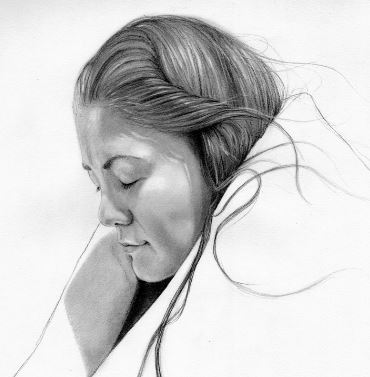 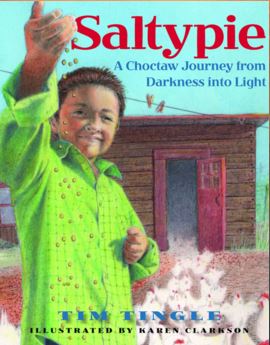